Cladosporium, Alternaria, Penicillium, Aspergillus; you’ve probably never heard of these or any of the numerous other standard moulds unless you are really into fungi. However, if you are among the increasing percentage of the population with mould allergies, you might be all too familiar with its ill effects.

These include itchy eyes, coughing, nasal congestion, wheezing, skin irritation, and an endless list of other symptoms. Severe mould allergies have been even termed as a potentially dangerous asthma trigger.

Where Does Mould Appear?

Typically, mould can be found almost everywhere, both indoors and outdoors. When any of the above fungi happen to fall upon an ideal environment, they start to settle, multiply and flourish at a very rapid rate.

While most mould allergies thrive in warm weather, there are several factors that make this an all year round problem in almost all parts of the world. Damp areas are particularly susceptible to mould, and people therefore don’t mind investing in a good air dehumidifier to deal with them.

What Are The Dangers of Mould?

No matter what the source, unwanted mould is introduced into your body through regular breathing or breaking in the skin. Too much exposure can lead to various symptoms such as shortness of breath, headaches, watery eyes, high fever and even dizziness.

Research shows that mould produces an enormous amount of mycotoxins that are more harmful to your family’s health than heavy metals. Breathing in these toxins on a regular basis leads to a highly suppressed immune system and therefore, the development of allergies. This is why it is always a good idea to prevent build up of mould from the beginning. 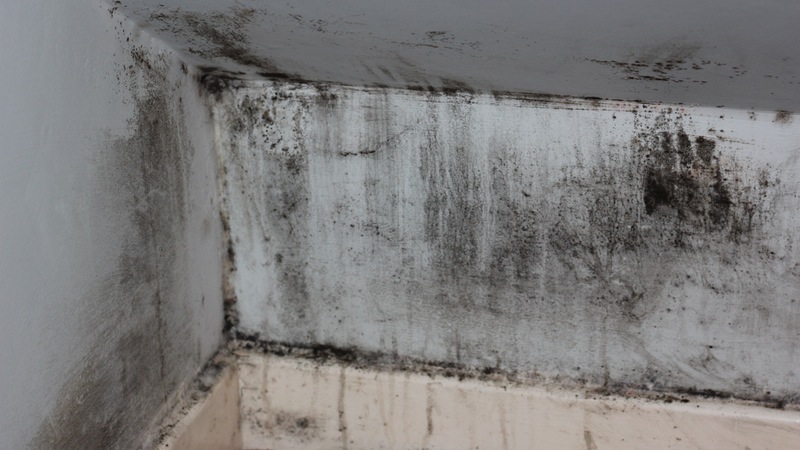 While there is no known cure for allergies, there are ways to reduce the symptoms of mould allergies. Mild symptoms can be can often be controlled using measures like antihistamines, prescription nasal sprays, decongestants and if very severe; allergy shots.

However, all these measures tend to be expensive and inconvenient. This is why all the leading mould allergy experts agree that it is far much better to avoid mould in the first place. Here are a few mould allergy prevention techniques that will help ease things up in a big way.

As a rule of thumb, the first thing that you want to do when combating mould allergy is to clear out all the wet stuff in your household. The most common culprits that hold moisture include pillows, carpets, clothing and furniture that has been exposed to excessive dampness.

Mould is a very resilient element that only requires a little wetness to start breeding. If your property has been saturated in water for more than two days, you can expect mould to follow suit.

Other times, the mould can be very tricky to spot since it can hide behind wallpapers and inside the walls. Make sure you look carefully for any signs of mould and clear it out immediately. Buy a small or a larger dehumidifier (Note: not the same thing as an air purifier) if you need help dealing with this issue.

Since mould is an immediate consequence of water intrusion, it will always follow the water. This means that mould will move around and invade every part of your home through the plumbing system.

If there is any leak in the plumbing; whether in the basement, cellar or between the walls, it could contribute to creating a deadly mould haven. Make sure you check for any leaks and seal them as soon as possible.

For the most efficient mould allergy prevention, thorough and regular cleanup is critical. This means washing all your clothes and washable items in water that is over 130 degrees hot to eradicate all signs of fungus and spores.

Mould can also thrive in slightly damp clothing that remains unused for long. Make sure you throw away all these clothes and items that you no longer use. For harder surfaces, wiping with bleach and disinfectant will go a long way towards alleviating mould allergies.

Cover Up When Cleaning

When you carry out cleaning activities around your household, this is the most sensitive time since you ruffle up and spread fungus spores.

We have already established that mould gets into your body through the skin and inhalation. As such, it is imperative to cover up adequately whenever you are gardening or vacuuming around the house. The most essential thing to have is a specialised mask that traps mould spores better than regular masks. This prevents the inhalation of allergy-causing mould spores.

Protective, full seal and fitting glasses also help keep your eyes safe. In addition to protecting your nose and mouth and eyes, your hands need protection too. Make sure you wear some effective plastic gloves when cleaning to avoid coming into contact with potentially dangerous fungi.